I am delighted today to welcome back into Kit’s Library the talented author Jane Risdon to tell us about her good news and latest adventure into publishing. She has certainly been a busy lady since her last visit. I’ll leave it to Jane to tell you all about it. Over to you, Jane.

Kit, thanks so much for having me back on your lovely blog. It is a pleasure to be here.

Since the last time I dropped in things have been quite exciting. I signed with a literary agent in December 2020, Linda Langton, Langton’s International Literary Agency, in New York City, NY, USA.

She’d approached me in December 2019 interested in my novel, Ms. Birdsong Investigates, and I decided there was nothing to be lost in sending her the synopsis and first seven pages which she’d requested. I did this in the New Year and thought that would be the end of it — confident to the core, that’s me.

After a while she contacted me and requested 50 pages — about three chapters — and I duly obliged, again not daring to hope. I should mention that I have never approached an agent and had not really considered doing so, the thought had always filled me with trepidation. Anyway, I sent them off via email as requested and put all thoughts of what was happening in New York out of my mind – there had been mention of a ‘Panel,’ reviewing the material; too scary for words.

In the grip of the Covid-19 pandemic I decided I would get on with other things, but it was hard to get motivated and I missed going for de-stressing walks. With too much time on my hands I found my mind wandering back to New York, which started to make me feel slightly stressed. On top of which during the whole of 2020 our son had been in Intensive Care in Los Angeles — he remained there until October — and my brain was like a butterfly flitting from one thing to another without any ability to concentrate, trying not to allow panic about our son get inside my brain for too long, coupled with having my writing analysed, it was too overwhelming.

But I coped, we all do. And I managed to function the same as many must when a loved-one is dangerously ill, and they are 6,000 miles away. It took a lot of the enjoyment and shine off — if I can call it that — being taken seriously by a bona fide literary agent. Besides, I dare not hope about anything.

I’d spent a little time researching the company as soon as they’d shown the initial interest in me and I was shocked at their track record. They are a ‘boutique,’ agency with a fine stable of authors and they punch above their weight with movie deals and six-figure advances for their writers. Cripes! I had a double take — they were interested in me, seriously? Flipping heck.

Much to my surprise I was asked to send the whole printed manuscript by mail to their offices; they thought I was a great writer. Yeah, right, I thought! Gosh, was it heavy! Anyway, off it went, and I settled back into a sort of twilight zone of worry about our son and worry about the manuscript. Though why I was bothered about the agent I don’t know. I had not sought one and didn’t really have any expectations about getting one. My present publisher is only interested in my Women’s Fiction writing and Ms. Birdsong Investigates (a series) is a crime mystery thriller (I still have no idea what to call it) so I am free to find another publisher for my crime writing, which I had planned to do at some point but what with the pandemic and our son my mind was elsewhere.

Imagine my surprise when I heard back. They loved my writing, thought the book was amazing and they’d like me to enhance a character a little more. That was it. I responded that I would spend some time thinking this over. They said take all the time I needed. So, I did. I spent the whole summer mulling things over and eventually I sat down to enhance the character who is a secondary character, but I suppose I had not developed him enough. Looking back, they were right.

When I completed the enhancement of my character I thought I’d get someone to do a very quick edit for me and I employed Paul Swallow, who had edited Margaret Thatcher’s memoir, and he was very quick and helpful. Once I was satisfied, I took a huge deep breath and emailed the MS back and waited for their verdict. It came right away. They offered to represent me and my future writing, and they were sure they’d find a publisher for Ms Birdsong Investigates. Cripes! And thrice cripes!

They think she is a strong female protagonist and is unique. Well, I was flabbered for a while and it took me until December to agree to being represented. To me it is a huge undertaking, a massive commitment on their behalf — it is amazing. I realise that there aren’t any guarantees that it will find a publisher, but someone is trying hard to find me one. I don’t have to do it myself. Someone other than my husband believes in my crime writing. That is awesome.

I signed my agreement with them on 10th December 2020 and I am still in shock.

I received a list of publishers, in the UK and USA, they are going to approach, and they keep me updated every month on progress. Nothing yet, but they only started in the middle of January, so I am not holding my breath.

Ms. Birdsong Investigates Murder in Ampney Parva: Operation Matryoshka – the first book in my series about a former MI5 Intelligence Officer who was offered ‘voluntary’ retirement following a disastrous joint operation with MI6. She takes herself off to the Vale of the White Horse in Oxfordshire to get over the shock of losing the only career she ever wanted, and to concentrate on finding a way back into the Security Services.

Lavinia’s redemption, she is confident, presents itself when a young local mother goes missing and her son asks Lavinia to help find her. At last! Lavinia investigates just to keep the old juices flowing. She sees a possible way to inveigle herself back into MI when she stumbles across something she understands only too well; soon she finds herself back on familiar territory.

I began Ms. B in 2012 but it was put on hold because I wanted to complete a novel I had started about the 1960s music scene in the UK, which eventually became Only One Woman, written with Christina Jones and, having signed with a publisher in 2014 for my short stories, they wanted our novel too. Ms. B had to go on hold and wait for Only One Woman to see the light of day.

Life never goes the way you want. Publication of our novel was delayed more times than I’ve had hot dinners for so many reasons beyond our control. Soon after Only One Woman was published our publisher was sold to Headline (part of Hachette) and our publisher became known as Headline Accent. They had a lot to deal with following their acquisition of Accent and they were not able to even entertain publishing the authors they inherited unless they had books already in the pipeline. This meant Ms. B had to wait. Another long delay. Patience, patience, patience.

During this time Ms Birdsong underwent a few rewrites and character additions. It is now set in 2016 and various events taking place at the time have had to be revamped to reflect the times — the Election, the Brexit vote and one or two incidents in the story have had to be updated. I thought I was ready to seek a publisher but there was a revamp of MI5 and their mission was adjusted to suit modern Britain, with organised crime increasing to unforeseen levels, and the activities of ISIS and other terrorist organisations, meant that another rewrite was necessary. Never ending rewriting. It is a good job I really believe in this book (series) because so many times I’ve come close to shelving it, and writing in general.

Just when I was wondering if I should give up writing and take up brain surgery, Linda Langton dropped into my life. Ms Birdsong lives to fight another day. I am now busy revamping books two and three, which were almost ready a few years back but now need updating too. Whilst all this is going on I am writing the sequel to Only One Woman as well as putting together another anthology of crime stories to compliment Undercover: Crime Shorts. I must be mad.

And so, another chapter begins. I cannot wait to get to the end of these books to see what happens next.

MI5’s mission is to keep the country safe. For more than a century they have worked to protect our people from danger whether it be from terrorism or damaging espionage by hostile states.

If Ms Birdsong interests you, join her private group on Facebook for information, photos, and more – but no spoilers of course.

Jane Risdon is the co-author of Only One Woman, with Christina Jones (Headline Accent) and Undercover: Crime Shorts (Plaisted Publishing), as well as having many short stories published in numerous anthologies and writing for several online and print magazines such as Writing Magazine and The Writers’ and Readers’ Magazine.

Undercover: Crime Shorts was the February 2020 Free Book of the Month on the virtual library and festival site, MYVLF.com, and her live video interview features in their theatre. She is a regular guest on international internet radio shows such as theauthorsshow.com, chatandspinradio.com and The Brian Hammer Jackson Radio Show.

Before turning her hand to writing Jane worked in the International Music Business alongside her musician husband, working with musicians, singer/songwriters, and record producers. They also facilitated the placement of music in movies and television series.

Jane’s Links: You can find her on:

If you would like to leave a message for Jane or a comment, the Comments box can be found at the very end of this post. We would love to hear from you.
And don’t forget, if you’d like to be a guest in Kit’s Library or feature on Kit’s Loving Life section, do contact me. You can either leave a message in the comments box below or via email on my contact page. Many thanks. 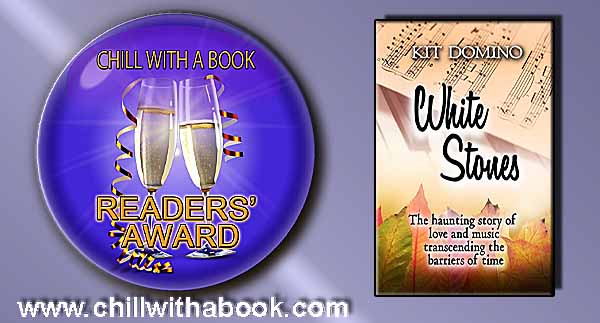 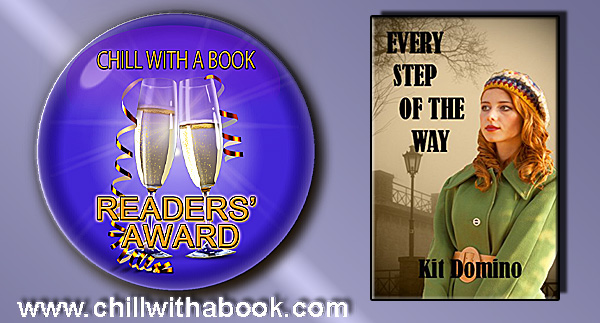